This is how Canine Massage helped Jack with anxiety issues…

Jack is an 8 year old Lurcher who loves his sporting activities. His mum, however, had noticed that he was twitching (Myofascial Pain) along his back.

On being introduced to Jack, it was apparent that he was a shy and a nervous boy around strangers and to new situations. Not to overwhelm or scare him, we took things at his pace until he felt comfortable.

Before starting work with Jack we went through a full consultation covering his activities of daily living, medical history and background, as canine massage isn’t a one-size fits all approach. Gaining this information allowed me to work safely with him at all times. Whilst doing this with his mum, we let Jack walk around the studio, finding his own way and getting comfortable in these new surroundings so that he knew that it was a safe and nurturing environment.

Assessing Jack, I noticed significant Myofascial pain (twitching) right across his body and scar tissue (from previous operations) in his hind leg, which was having an impacted on his muscles suppleness and in turn, impeded movement and flexibility.

On starting work with Jack we began with effleurage to get him used to touch and also warm the muscles to allow for the deeper work that was required to reduce and break down the existing scar tissue and Myofascial pain. This allowed Jack to regain suppleness in his muscles and improved flexibility and mobility. The techniques that I used were Myofascial release and deep tissue massage.

It didn’t take long to build the relationship and trust with Jack. It has grown from strength to strength. He now comes to the Clinic and relaxes immediately, allowing me to work to a greater degree with him and his muscles.

Jack’s twitching has reduced significantly and his movement and flexibility is second to none. Jack now comes for maintenance treatments to keep everything in tune and I show his mum techniques that she can use at home; I find the more owners become involved and work with their dogs, the better the final outcome.

“I first met Jayne at a dog show last summer. She was brilliant with my lad who is worried about being touched by strangers. I couldn’t get him near her stall but she was more than happy to talk after packing up for the day and let Bug get used to her. When I went for my initial visit I didn’t know if she’d be able to do anything with him due to his fears but she took it slowly and let him become used to her. Everything was done at a pace that he was comfortable with and she recognised when he’d had enough for the day. Since then I’ve been back several times and he is so happy to see her now and loves his massages. Even when she has to do something a bit uncomfortable to help him he now just looks at her and nudges her hand with his head. He is completely relaxed while she’s working with him and in no hurry to leave when his treatment is over. I would highly recommend her to anyone whose dog either needs remedial treatment after an injury or just a “tune up” to keep them in top condition.”

Is your dog suffering with any of these conditions? Get in touch > 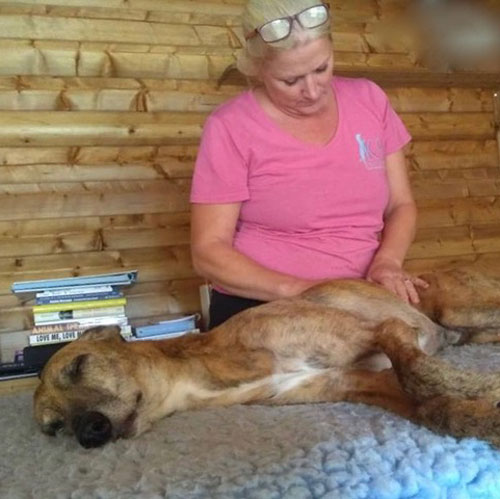 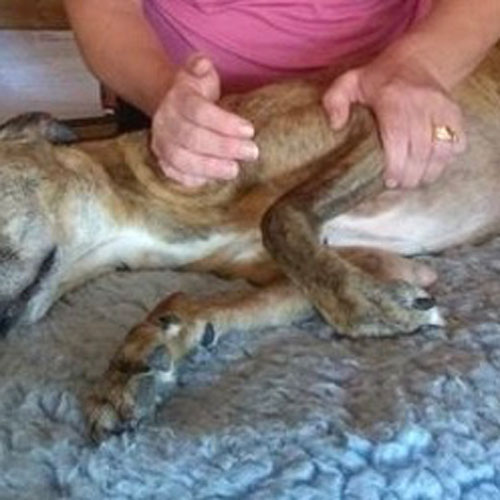 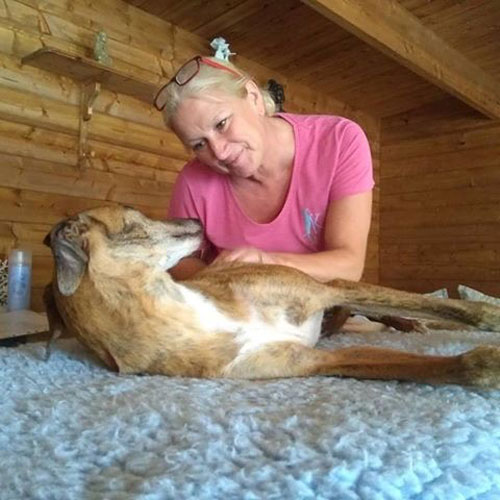